It’s officially Thanksgiving in the US. Here it’s the biggest Harvest Moon Buddha Extravaganza Holiday There Ever Was. People are going nuts everywhere in town. Half of Mandalay has packed up and driven here. And it’s also, finally, a late enough morning that I can feel the recuperative power of sleep. If I can just rest I’ll kick this thing. But I can also tell that one day is not going to be the turning point on this. I need a week or two of proper rest.

This morning Gavin would like to visit Yet Another Temple to get more B roll. I do like the elaborate temples here, so I’m not going to complain, even though there is little reason for us to shoot this many temples. Everything we were supposed to get last night is scheduled for tonight, and Gavin is hopeful we’ll get it all in time. I’m less enthused to hear of Gavin’s plan to violate our sacred Holy of Holies, the end date, by scheduling some of his generally useless “city waking up at dawn” shots when we should be packing our gear and heading out. I’m not alone in that.

The shoot at Yet Another Temple goes well, and the scenery is amazing. From on high we look out over hundreds and hundreds of buildings from between gilt spires covered in bells that jangle in the breeze. Teenagers climb the stairs and chirp “Mingalaba!” into the mic.

The wind is not helping much, either. And then Gavin and Sean talk while I’m rolling, prompting me to take my mic and aim it somewhere else to get ambiences for these shots. 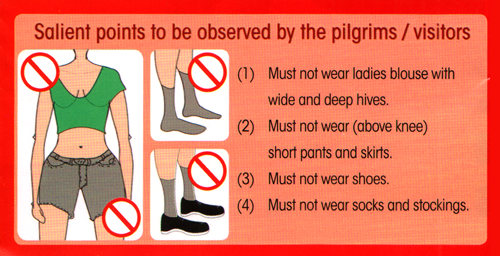 Then – more delicious noodles! Mine with dumplings this time. But on the way back to the hotel, we run into more drunk crazy traffic – this time all going to the lake. We can barely get to the hotel. In fact, the last 100 yards or so to our hotel driveway is creeping along to a halt – we’re half convinced well end up abandoning the vans and walking the rest of the way. But the traffic lurches forward and we end up able to park the vehicles. By the time we do, traffic is closed in behind us, with a long line stretching out in either direction, all parked, all full of drunken hollering. So, now we cannot get OUT of the hotel. We decide all we can do is sit and wait until it dies down.

John will get Tinmar Aung on his motorbike and Gilbert can also bike it here. This is the advantage of the motorbikes, which can get through the parked cars pretty easily. So then we can all be stuck at the hotel together, because the honking and the hooting apes in front have not abated and show no sign of doing so for quite some time.

We decide we’ll eat and then maybe things will die down. The tourist hotel up the way has a restaurant, so we walk over. The food is pretty lame – kind of cafeteria food with prices almost 10 times what they would be otherwise. It’s the most expensive meal we eat in Myanmar right on the heels of the cheapest. And it’s the worst meal we have, as well. Thiha is almost disgusted when he sees the bill. But by L.A. standards the cost is actually average – as if we had taken everyone to Denny’s or something.

As we leave the crappy tourist hotel restaurant we see that the traffic is gone. How we guessed that it would be, no one knows, but we’re free to drive down to the lake and see what’s happening there. It’s a short drive, but when we pull up to the location we see that there are some people hanging around. Apparently revelers have been here, because this place, which looked great last night, has now become a complete trash dump. There is litter everywhere – beer cans, chicken parts, paper bags… it looks like a huge company picnic exploded here.

That’s an annoying thing about Myanmar. Their attitude towards litter is pretty lax. Kind of like how things used to be in America when I was growing up. I guess there is no Burmese equivalent of the crying Indian commercial to make people stop dumping like this.

Or, probably more correctly, there are not enough people and there is not enough trash that the environment cannot absorb it all eventually – kind of like America before there were so many people and it became so industrialized. Again, it’s a lot like 1940s America here. People throw gum wrappers in the streets and toss pop and beer cans in the gutters.

Worse yet, there are still some people here: chiefly a roving band of loud singers with a guitar. I hope that we are boring enough that they will leave. It’s looking as though they might. True enough, in a few minutes they say goodbyes at the crossroads of intersecting footpaths, one group gets on a motorbike, and we’re finally in the clear.

Shooting goes well. Tinmar Aung’s energy is high and we get her close-up in seven takes – she’s still up and excited enough to go with the next setup. I think she can tell things are ending, and she’s kind of savoring the experience of shooting with us. It’s no mystery to her that this is the last we’ll see of her for who knows how long? She’s becoming more more attached to Cecilia, and this has become more and more obvious over the last few days. Of course I’m jealous. But I’m also pretty attached to Cecilia, so I totally understand Tinmar Aung’s feelings.

Overall, we may have a good end to the shoot, even though Gavin’s doing his usual “OK, we’re doing two versions of this” routine, which usually signals a lack of confidence or moment of indecision. It doesn’t feel like waffling today, it feels like proper coverage.

Soon enough Tinmar Aung is wrapped – no more. We stay with Gavin to shoot reverses – Tinmar Aung is clearly upset to leave. She’d like to be out all night, would like to be at the festival throwing darts, would like to play with Cecilia and not just do her lines in the film. This is quite possibly the most exciting thing that could happen in her life and it’s over. I mean, I hope not – I hope her life is filled with joys but where do they come from? Who can help with that? In two days we’re on a plane. I’m not suggesting that all her brightest days would have to come from our intervention. Mynamar is not so dire, and it actually looks quite hopeful in the next ten years of her life. But at this juncture we all feel so close to her that we want to be the source of her brighter days. I’m starting to feel very helpless about this.

Gilbert, however, we will not miss, and we’re stuck with him for the moment. Sean and Gavin struggle with a shot of Gilbert leaving the scene and walking home. It’s a bit tricky, and exactly what we should be shooting right now. The depth of field issues and the extreme lack of light and exposure in this situation are incredibly tough. So whereas we’re asking Gilbert to do the usual “walking around” thing without any lines or semblance of acting, the shots are necessary, and making them look good is of tantamount importance.

Sadly, Gilbert is also kind of tough to work with, and corralling him into the shot is hard enough on its own. We have, at one point, the beautiful big harvest moon at the top of our frame, but due to Gilbertness the earth turns and we lose it. Occasionally drunken assholes with nothing else to do stop and watch for a while. But they are mostly quiet at least. A couple guys hang out for a while, neither drunk nor assholes, just curious Burmese people who want to watch what we are doing. Thiha talks with them for a while, probably explaining what we’re up to. If Thiha’s OK with them, then we are too.

Of course Gavin pushes the whole thing until 10:40 PM, with 5 to 6 takes of everything. Gilbert’s a 5 or 6 take guy, but we’re just plain exhausted from this film, so it seems grim and typical that we should be up so late at the very end squeezing the last few ergs of energy out of everyone like this. When we wrap, we’re all glad it’s over. Back to the hotel I try to crash for as long as I can before Gavin gets us all up for these ridiculous “town waking up” shots he wants.